April 30, 2014
Anyone who's met my current housemate will know she is a massive ramen fan. Along with nachos, it's pretty much all she eats. In fact, she was one of the first to take me to Shop Ramen on Smith Street, which has since become one of our favourites. Having lived with her for a while now, I am happy to admit that her ramen obsession has rubbed off on me. So it was not unusual that a group of us decided, after an afternoon drinking session at Naked In The Sky one Saturday, to head to Little Ramen Bar (346 Lt Bourke Street, Melbourne) for dinner. 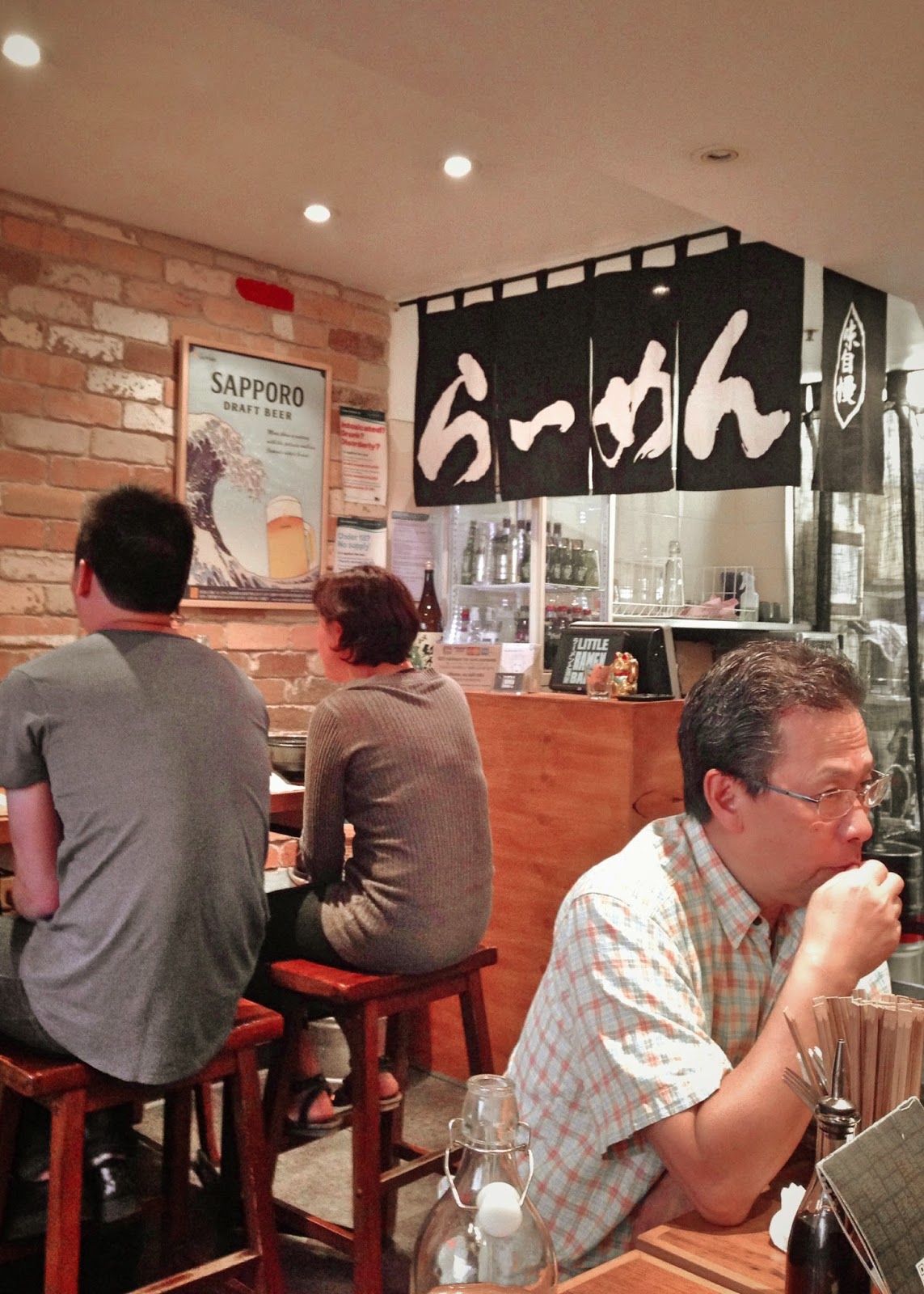 A tiny joint near the corner of Lt Bourke and Elizabeth Streets, Little Ramen Bar is consistently packed, often with a queue outside the door. Fortunately, the staff have a great system in place, manning the door and ushering in patrons as soon as a table becomes available. There is usually a quick turnaround, so even though waiting might be annoying to some, it's usually not for long.

Most tables seat 2-4, but the staff were kindly able to arrange a few tables together for us as a bigger group on this occasion. Unfortunately it did mean people received their food at different times, but in such a busy and tiny casual eating establishment, we weren't going to hold it against them! (Plus we had heaps of edamame, gyoza and sake to keep us happy in the meantime.)


The staff were clearly busy and difficult to flag down, but once we had their attention, they were extremely attentive and obliging. Service with a smile - that's what we like! 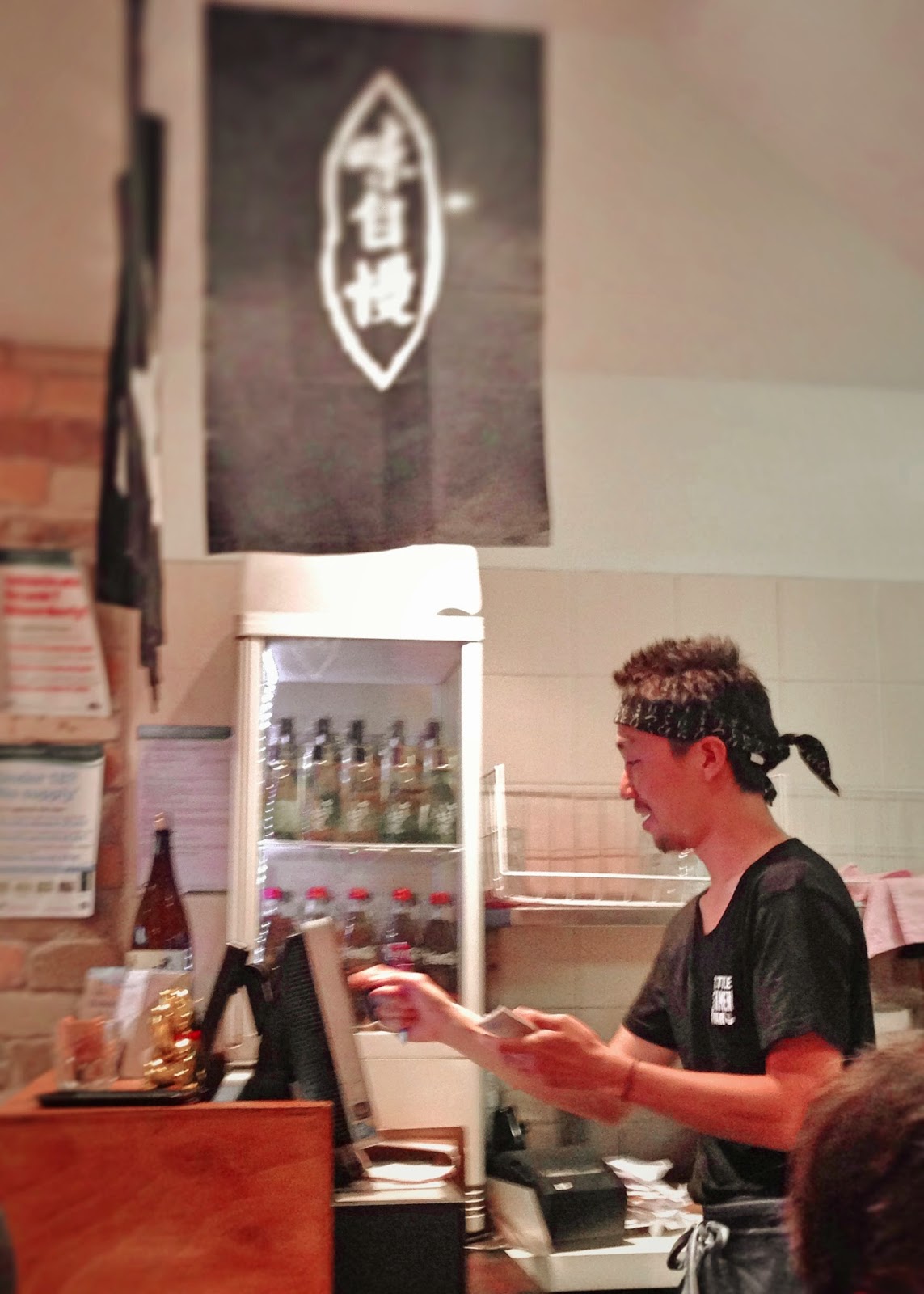 One of our party was vegan and his requirements were happily accommodated for - a vegetarian ramen was adapted to vegan, and served in a white bowl (as opposed to black) to differentiate it from the other ramens.

Most of the rest of us went for a variation of the Classic Ramen: traditional Tonkotsu broth with a slice of BBQ pork, seaweed, bamboo shoots and spring onion, in a choice of Miso, Shoyu or Shio. The broth is beautifully rich and fatty, apparently from over 10 hours of cooking. Both the pork pieces and the eggs were tasty without being too strong in flavour (I don't like them too strong, personally), and by gosh, just a regular ramen is filling - let alone the Godzilla option, a supersized ramen recommended only for the extremely adept or hungry eater with a massive stomach!

Another friend went for the Spicy Miso Ramen, which he seemed to enjoy. He did look a little pink in the cheeks, but that could have been due to the sake :)

Decoration is minimal in the Little Ramen Bar, with chunky, pale wooden furniture, a few traditional flags and images, and touches of black in the staff uniforms, crockery, and branding. It's a good use of space, considering how small it is, but due to its popularity, I for one, cannot wait for the day they decide to expand to a bigger venue.

This is definitely a more traditional ramen restaurant, both in style and recipe - not to mention typically Japanese in size! It is an excellent 'cheap eats' option in the CBD and I would recommend it - except that your party in the queue will add to my wait time :) 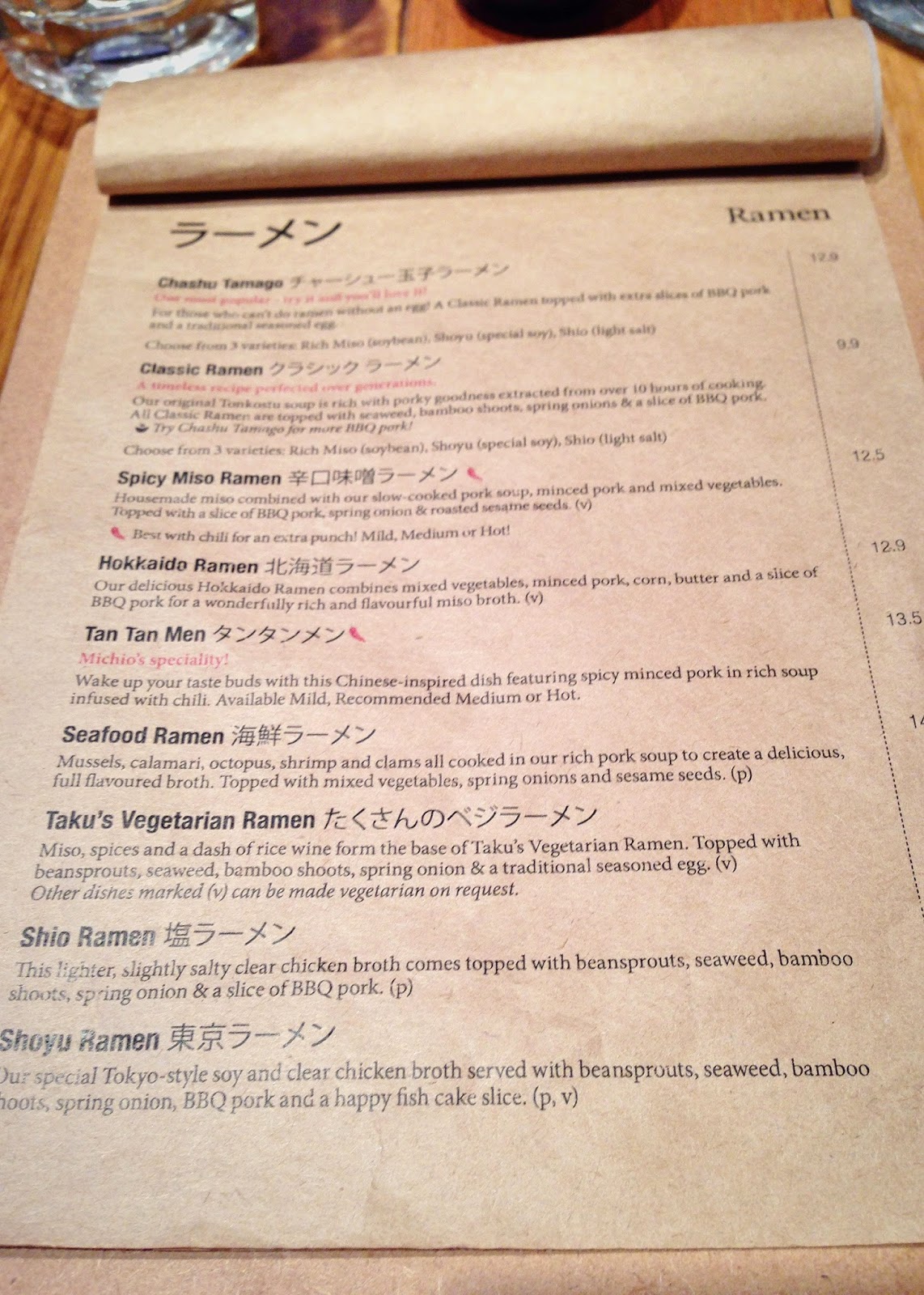